The bad news: Police suicides continue at a rate much higher than the number of police officers killed by felons.

The national study of police suicides (NSOPS) found that 126 police officers committed suicide in 2012, a noticeable drop from 143 suicides in 2009 (the last time the survey was conducted). The preliminary study was released by the nonprofit group, The Badge of Life Police Mental Health organization, which collects and compiles data on police suicides. While the organization continues to compile data for the final report, they attribute this drop in suicide to an increase in the number of departments providing support programs for officers. 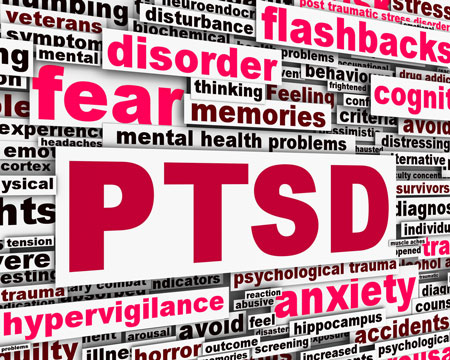 The Role of Formal Education

Awareness and acknowledgement by departments are critical factors in tackling mental health issues. Police officers must be educated about how to address these issues, be encouraged to seek assistance and have proper access to resources and support when it’s needed. In addition, pursuing a formal degree program can, among other benefits, educate officers about how to manage the stress they are likely to encounter, as well as provide them guidance about mental-health resources.

During his 20-year career in law enforcement, Mark Bond was a part of three officer-involved shootings. For the past 13 years he has been an assistant professor of criminal justice at American Military University. One of the courses he finds very relevant for current or aspiring police officers is the Stress Management in Law Enforcement course, a concentration requirement for the Bachelor of Arts in Criminal Justice. This course covers everything from specific stress management techniques for officers to use during an incident to legal procedures officers can expect to go through after an officer-involved shooting.

Bond begins the class by sharing his personal experiences. “When I was involved in my first shooting, I was cleared right away and I wasn’t given any administrative time off. Basically, they bought you a beer and told you that you were a hero. You had to deal with it all on your own and there weren’t any department resources, not even a chaplain to talk to,” he said.

The course covers the different phases of grief so officers are prepared for the roller coaster of emotions they can expect to feel, including anger and fear. “For everyone the process is different and the techniques they need to get back to their baseline are also different,” he said. Officers need to figure out what stress management techniques work for them and what they need to do to return to their “normal.”

One of the most important elements of the class is an in-depth discussion about the legal proceedings after an officer-involved shooting. “We talk about the departmental and legal processes they’re likely to face,” Bond said. “When you’re caught up in a lawsuit how do you proceed through that landmine and come out fine?” Unfortunately, officers often do not receive enough departmental training on this subject, he said.

Bond said the relevance and importance of this type of course has proved itself time and time again. He has had several former students contact him years after the class telling him they were involved in a shooting and were so grateful that they knew what to expect. “They used the techniques and theories we had talked about in class and they were able to put those into practice to help them work through their issues,” Bond said. “Many reported they were back working after an incident and believed they had recovered faster because they understood what was happening and what resources to seek out.”