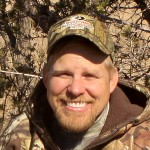 Dave Dolbee has served multiple tours in Operation Desert Storm/Desert Shield as well as a stint with the military police. He is an accomplished writer and editor with his primary focus on hunting, firearms, archery and tactical publications. He has hunted multiple countries on three different continents with firearms and archery tackle to harvest more than 30 different species of big and small game as well as many species of fowl. Widely regarded and accepted as an authority on firearms-related products and issues, he was also an Olympic hopeful and All-American while attending UCLA.

Today, he holds multiple college degrees, including criminal justice, and is currently pursuing a master’s in communications. Dave is an avid competitor in several shooting sports and a triathlete and has been known to exhibit severe cowardice when taking fire — in particular when his spouse inventories the number of guns in the safe. 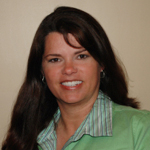 Lisa Metheny is an award-winning outdoor writer, photographer, seminar speaker and outdoor skills instructor. Metheny conducts seminars on womens’ participation in the outdoors, archery and hunting topics and holds several instructor certifications. She regularly teaches hunters education and archery classes and has become an advocate for promoting traditional outdoor recreation to families all across the United States. Metheny is also an avid and accomplished hunter with many big game species to her credit.