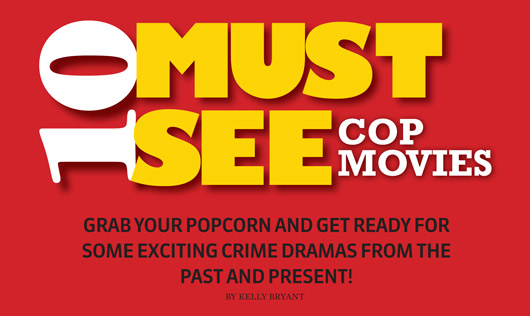 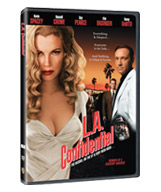 L.A. Confidential (1997)
Based on the novel by James Ellroy, this film takes a look at the 1950s LAPD in which police corruption and so-called Hollywood glamour weave one tangled web. Kevin Spacey, Kim Basinger and Danny DeVito star alongside Russell Crowe and Guy Pearce, who were relative newcomers to American moviegoers at the time of the film’s release. When several murder victims are found at the Nite Owl, a popular coffee shop, three different officers have three very different reasons for wanting to put the bad guys behind bars. Throw in some drama, with a call girl service consisting of women who have had plastic surgery to make them look like legends of the silver screen, and you have a true noir crime film. 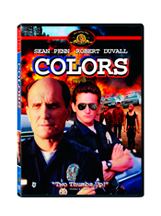 Colors (1988)
South Central Los Angeles is the backdrop for this flick starring Sean Penn and Robert Duvall in which a veteran LAPD officer and his rookie partner attempt to tackle the vicious gang violence between the Bloods and the Crips, which has escalated to horrendous proportions. This duo can be considered polar opposites, with Duvall’s character, Bob Hodges, constantly at odds with his younger counterpart, Danny McGavin, played by Penn, who doesn’t seem to understand the consequences of his brash actions. Interestingly enough, Penn had some legal trouble in real life while filming this movie — he was arrested for punching an extra who was photographing him without permission. 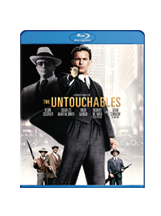 The Untouchables (1987)
Former government agent Eliot Ness penned the autobiographical book of the same name covering his account of his efforts to bring down Al Capone in 1920s Chicago when organized crime was alive and well, involving bootleg alcohol in the Prohibition era. Capone, played by Robert De Niro, has built an empire distributing low-quality liquor for a high price. Ness, who is portrayed by Kevin Costner in the film, must find a way to block the notorious mobster and his illegal practices despite the help he’s receiving from corrupt cops on the inside 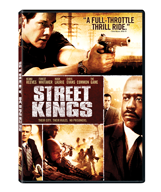 Street Kings (2008)
Conspiracy and betrayal abound in this crime thriller about a decorated cop who becomes entangled in a fatal trap of lies and deceit. Still mourning the loss of his wife, Detective Tom Ludlow (Keanu Reeves) is implicated in the murder of a fellow officer; when he discovers that no one in his circle is trustworthy, his own life is put in imminent danger. A newer addition to the police drama genre and less publicized than the others on the list, the film also stars Hugh Laurie, Forest Whitaker and Chris Evans. 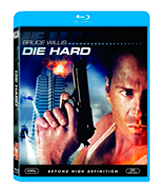 Die Hard (1988)
Regardless of what you might think of the dialogue or plot, Die Hard’s John McClane, played by Bruce Willis, is quite possibly one of the most iconic movie cops of all time. Detective McClane, a member of the NYPD, arrives in Los Angeles on Christmas Eve and finds himself in the middle of a major hostage situation, facing off against a gang of terrorists. Viewers are treated to some serious action sequences that aren’t for the faint of heart. If you love this flick, you must catch the three sequels it spawned: Die Hard 2 (1990), Die Hard With a Vengeance (1995) and Live Free or Die Hard (2007). 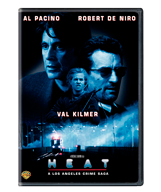 Heat (1995)
Los Angeles is once again the scene of the crime when a career thief (played by Robert De Niro) directs a group of armed robbers on several high-stakes heists and is pursued by a veteran homicide detective (Al Pacino) in the name of justice. It’s a tense game of cat and mouse as the bad guys quickly attempt to evade the good until the bitter end. The personal relationships in the film are just as intriguing as the main plot itself, with marriages in various states of disarray. Other notable stars who make appearances in the film are Val Kilmer, Tom Sizemore, Ashley Judd, Jon Voight and Natalie Portman, to name just a few. 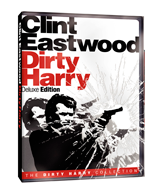 Dirty Harry (1971)
Moving up the coast from Los Angeles to San Francisco, Clint Eastwood plays the infamous Inspector “Dirty” Harry Callahan, whose goal is to take down a merciless serial killer who goes by the name of “Scorpio.” Loosely based on the real-life Zodiac Killer, who committed several murders in the Bay Area years earlier, Scorpio seems unstoppable until Callahan, who cares more about justice than the rules of the law, takes matters into his own hands. Dirty Harry set the stage for four sequels, including Magnum Force (1973), The Enforcer (1976), Sudden Impact (1983) and The Dead Pool (1988). 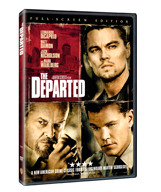 The Departed (2006)
There’s a reason why this Martin Scorsese-directed crime drama won four Oscars at the 79th Academy Awards — the film will keep you on the edge of your seat from start to finish. With an all-star cast consisting of Leonardo DiCaprio, Matt Damon, Jack Nicholson and Mark Wahlberg, just to name a few, the story is set against the city of Boston, where an Irish mob boss plants a spy in the Massachusetts State Police while an undercover cop sets out to gain the trust of the bad guys. When each side recognizes what the other has up their sleeve, it’s a race against the clock to keep their covers from being blown. 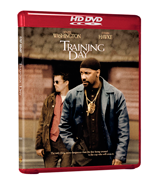 Training Day (2001)
Twenty-four hours in the lives of two LAPD narcotics detectives, played by Denzel Washington and Ethan Hawke. Truly playing the roles of good cop/bad cop, Hawke is in the role of Jake Hoyte, a family man who is being evaluated by Washington’s Alonzo Harris, a veteran narcotics officer who has the ability to advance Hoyte’s career. But while Hoyte plays by the rules, Harris uses vigilante street justice in extremely questionable ways. Disgusted with his partner, Hoyte attempts to bring Harris down and the two have a face-off fit for the big screen. 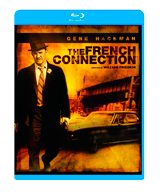 The French Connection (1971)
Gene Hackman leads the cast of this film adaptation of the non-fiction book of the same name. Following the lives of NYPD detectives “Popeye” Doyle and Buddy Russo, the story focuses on drug smuggling that was happening between Marseille, France, and New York City. While Doyle and Russo are conducting a stakeout on the streets of Brooklyn, police are busy across the pond tracking French drug lord Alain Charnier, who is trafficking heroin stateside. The film took home several Academy Awards.