BY DONOVAN LIVACCARI, ATTORNEY AT LAW 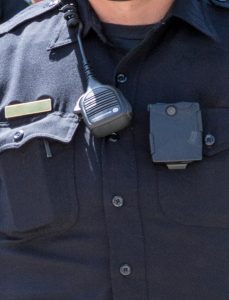 There are a lot of buzzwords swirling around law enforcement these days. Transparency and accountability are two such words heard often. As relates to the day-to-day activities of frontline officers and supervisors, body-worn cameras (BWCs) represent the way of the future for law enforcement executives, politicians and frequent critics of law enforcement alike. Frontline officers have resisted, much like they do with anything new and unknown. (Do you remember officers concerned about the implementation of computers?) Some agencies have not taken the plunge yet, and some agency heads are making noises that they intend to avoid the political pressure to implement this new tool, as they fear it will be abused in a way that misrepresents the actual hard work their officers are doing. But make no doubt about it: BWCs will become as commonplace in law enforcement as carbon paper once was and mobile data terminals are today. Following are some of the areas of concern and issues to watch, as the legalities surrounding the use of BWCs will surely be determined in court for years to come.

We have seen a number of model policies regarding use of BWCs coming from the usual suspects, PERF and IACP, as well as the FOP. I was able to provide input to the FOP’s Body-Worn Camera Committee through Mike Coviello. The FOP’s model policy closely follows the New Orleans Police Department’s (NOPD) BWC policy, which happens to be my primary area of operation. The NOPD’s policy covers when officers are required to activate the camera, where it must be worn and when the recording can be stopped. It also indicates that officers are allowed to watch their own BWC footage before writing a report or making a statement in an internal investigation. To view the NOPD’s BWC policy, visit goo.gl/uIUA01.

The question of whether officers should be allowed to view videos before writing a report or making a statement in an internal investigation is a contentious issue. The Leadership Conference on Civil and Human Rights, a coalition of civil rights organizations, makes it clear that they believe officers should not be allowed to review video recordings prior to their writing a report or making a statement following a use-of-force incident. Police organizations solidly fall on the other side of the coin. I suspect the civil rights organizations will either not be satisfied or will have to accept some type of compromise like the Oakland P.D. policy, which requires that officers file an initial written statement before relevant footage is reviewed for use-of-force incidents resulting in death or serious bodily injury.

I have mixed feelings on officers’ review of video. I have no problem with their reviewing video footage before writing an incident report. In fact, they should be able to review the recording to make sure all of the details are right. The location of a piece of evidence should not be a memory test for officers when it comes to documenting a crime scene. But, in my view, use-of-force incidents are different. I want to read and hear an officer’s perception of the events that led to a use-of-force incident, whether the officer was right or wrong. While Graham v. Connor is the standard by which use-of-force incidents will be judged, the officer’s perceptions are the most important things. We can only pay attention to so many things at once, and the brain has a way of filling in details that we did not really experience. Sometimes those details   are accurate; sometimes they are not. Either way, those details are part of the judgment-making process. With the Supreme Court’s warning to refrain from analyzing use-of-force incidents with the benefit of 20/20 hindsight, the BWC recordings probably should not be used by investigators, either. Of course, that will not be a common position. Hopefully, the recordings will simply be given the weight they deserve in light of the Supreme Court’s guidance. Realistically, I think this is the biggest entry in the cons category in the analysis of BWCs. 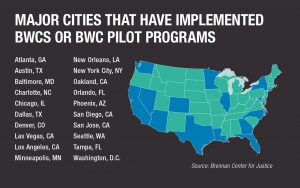 Policies also need to be clear on if and when videos will be made available to the public. On August 13, 2016, there was an officer-involved shooting in Milwaukee, Wisconsin. Riots continued for two days after the incident, leading to the injury of several officers and members of the public and multiple arrests. The officer-involved shooting was captured on BWC. Policies that have a firm release date for these videos could potentially ease the concerns of some members of the public. Without such a policy, members of the public are left to wonder if the videos will be released and, if so, when. In the Milwaukee incident, law enforcement has indicated that the subject who was shot was armed with a firearm at the time of the incident and had threatened the officer with the weapon. Videos certainly will not satisfy everyone, but it can take the wind out of sails of those who would like to see front page media coverage for their cause.

In addition to policies on releasing videos to the media, there need to be policies regarding these videos in relation to public records legislation. In Louisiana, videos recorded by BWCs are certainly public records. As there are no specific laws related to BWC videos, these videos are accessible by the public unless they fall within one of the exemption categories that already exist, such as the records are part of ongoing criminal litigation. The media have a strong lobby across the country. Attempts to temper access to these recordings will likely be met with fierce resistance.

We know there are several categories of individuals who are usually protected under these circumstances. Juveniles and confidential informants are two. But what about reluctant witnesses or victims of rape? Should an individual be allowed to opt out of a recording? What if you just do not want someone recording inside of your home? Should individuals’ faces be blurred? Can they request that their faces be blurred? What about the use of biometric algorithms on videos, such as facial recognition?

There is a significant cost associated with these cameras also. The storage of videos is probably the largest cost. How long will these videos be stored? Without a specific exception, they are likely to default to the retention schedules of other public records. In Louisiana, a department can request a specific retention schedule through the Secretary of State. Certainly, some departments are not going to want to have to pay to have the multitude of videos stored for three years.

Another big issue that needs to be addressed in policy is how these videos fit in the disciplinary scheme of police departments. I have seen officers fired because their statements contradicted recordings with little other evidence to support any wrongdoing. Illinois law states that recordings cannot be used to discipline officers unless a formal complaint has been made, a use of force has occurred, the recording could be investigated under specific provisions of another statute, or the recording is used as corroboration of other evidence of misconduct. This goes to the routine audits of BWCs. In New Orleans, supervisors are expected to review a certain number of videos daily. Since police officers are still humans, those supervisors are going to encounter violations of department regulations when reviewing videos. The question becomes, what should be done about those routine, minor rule violations?

Officers have to believe that the BWC is their friend. Without that belief, the selling points for cameras — that they reduce complaints, use-of-force incidents, etc., become much less persuasive. It has been my experience that, in general, BWCs serve to exonerate officers much more frequently than they help to sustain disciplinary violations. However, if routine audits result in disciplinary actions on a regular basis, that fact will be undermined.

There are a lot of unanswered questions regarding BWCs. I believe that departments implementing BWC programs need to be willing to adjust policies on BWCs on a regular basis to accommodate the unexpected circumstances that will almost certainly arise. Policies need to be as specific as possible and those policies need to be available to the public. Officers’ jobs, families and more will be riding on those BWC recordings every day. BWCs, or some variation thereof, are likely to be around in every department sooner or later. We need to see strong, flexible policies or these cameras will become a curse rather than a blessing. 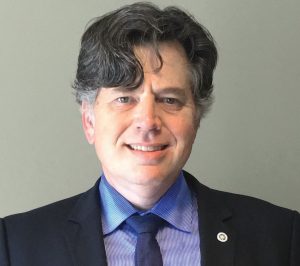 Attorney Donovan Livaccari of Livaccari Law LLC represents FOP members in disciplinary matters for the national FOP Legal Defense Plan, Louisiana Fraternal Order of Police and Crescent City Lodge #2. He received his Juris Doctor degree from Loyola University New Orleans in 2004. Livaccari was an officer with the New Orleans Police Department from 1993 to 2008, and writes about policing and legal issues at www.signal108.com. He can be reached at dlivaccari@gmail.com.

Read this story in the Winter 2016 FOP Journal issue.