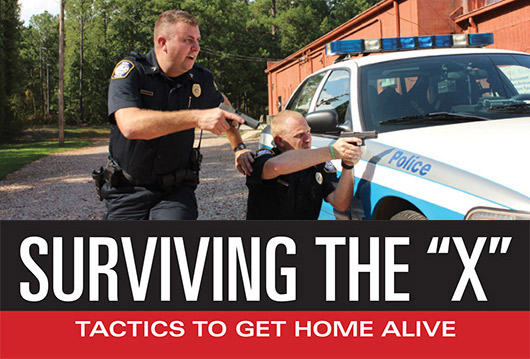 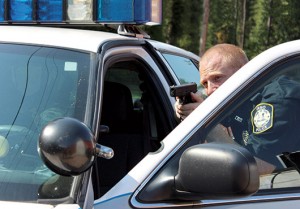 Today more than ever, law enforcement officers are confronted with a host of challenges and a multitude of threats. The outcome of every decision made by officers has the potential to be a life-changing event for everyone involved. This is especially the case when mitigating a threat that has a deadly force narrative. 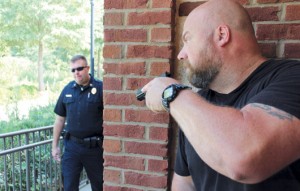 In the last couple of years, incidents stemming from officer-involved shootings have monopolized traditional and social media outlets, generating a wide range of public opinion accompanied by a host of diverse reactions — including groups like the New Black Panther Party and the Black Lives Matter movement advocating violence against law enforcement officers. 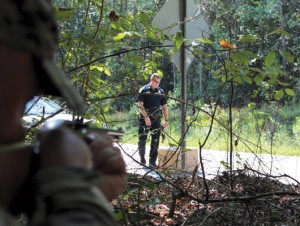 A person just has to look at the news or social media to see that deadly assaults on law enforcement officers are what appears to be a trending epidemic. The National Law Enforcement Officers Memorial Fund reports that 126 officers were killed nationwide in 2014, with the highest percentage falling victim to ambush assaults.

Assaults against officers are not a new phenomenon. Dating back to the 1960s and 1970s, groups such as the original Black Panther Party, Symbionese Liberation Army and the Klu Klux Klan have been responsible for a number of law-enforcement-related assaults through the use of militarized tactics. 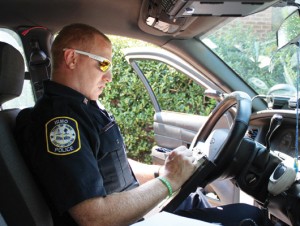 In the current environment, the bottom line is that it is officers’ responsibility to prepare themselves to mitigate and survive a violent confrontation should it arise. Further, it is every agency’s responsibility to train its officers to the highest level of readiness for duty.

Anatomy of an Ambush
Simply stated, an ambush is a surprise attack on a moving or fixed target from a position of concealment. Those staging the ambush usually select a target site commonly referred to as the “X” or “kill box,” which allows them to maintain tactical dominance over their selected target. This battle-proven tactic utilizes speed, surprise and violence of action to attack before the target has an opportunity to react and defend themselves.

Avoidance:
The Best Tactic for Preventing an Assault

Regardless of your assignment, maximize avoidance by adhering
to the following:

Ambush assaults are an age-old military tactic that troops have perfected over the years through research and development and real-world combat operations. The original concept is believed to be imitative of the stalking tactics used in the animal kingdom, where carnivorous animals — often referred to as ambush-predators or sit-in-wait predators — lie in a concealed location and attack their unsuspecting prey once they move into striking distance.

Two types of ambushes are typically used. The hasty ambush utilizes opportunity to exploit a target, while the deliberate ambush is generally a well-planned ambush on a specific target in a specific location. Ambush assaults are typically executed either as a point or area attack. The point method is an attack at a single location on a single target, whereas the area method may encompass multiple-point ambushes on multiple targets at different locations, utilizing a coordinated method to initiate the assaults.

Avoidance
One of the most dangerous potential threats to every law enforcement officer is the “It can’t happen to me” mindset. It can, so officers don’t have the luxury of being complacent, lazy or out of shape! An ambush assault, or any assault for that matter, can happen anywhere. It could be a well-planned, deliberate attack or a hasty attack in an apartment, restaurant or on roadside traffic stop. Attacks on officers are occurring while they are off duty in public spaces, as well as at their residences, with greater frequency. For example, many agencies issue officers take-home patrol cars that are proudly parked in front of their residences. Although that is a great fringe benefit of the job, it also lets people know when that officer is off duty. Look at other alternatives, such as parking the car in the garage or a place where the car is not visible from the road. 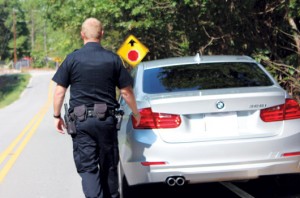 Agencies must put operational security (OPSEC) at the forefront of their policies and procedures to protect officers. For example, if someone asks if Officer Jones is on duty, what would the best response be? Instead of giving a direct yes or no answer, the person should be politely asked for their name, number and a message. It is also acceptable to advise that officers’ schedules cannot be provided due to security reasons. Regardless whether it is a dispatcher or the chief of police, security is everyone’s responsibility. People with ill intent only need to take to mobile apps such as Waze to find the location of officers on duty. Information such as the number of officers on duty or a specific officer’s schedule should never be disseminated to non-law-enforcement personnel. 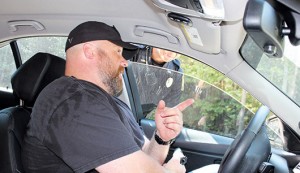 Immediate Actions
Sometimes, even though officers do everything in their power to avoid a confrontation, a fight is imminent. Each officer must possess the skills, common sense and good judgment to navigate through it. As pertains to ambush assaults, the primary tactic for survival is to get off the “X.” Every second spent in the kill box decreases the officer’s chances of survival, so immediate action is required. Always have a plan of action before you need it!

What to Do in the Moment

Make a decision and
put it into action!

What’s In Your Training Program?
Cops are made in two places: in training and on the street through practical experience. Ongoing training is critical to officer survival, decreasing liability for the agency, and meeting the challenge of providing the best possible service to the community. There are three components that equal potential disaster for an agency and officer: 1) failure to train, 2) poor supervision and 3) violating a person’s civil rights. All training methodology should have emphasis on tactics, techniques and procedures that are relevant and legally, tactically and medically sound. Law enforcement trainers have a vital responsibility in developing and conducting effective training for officers. It is imperative that all programs are well-designed and contain some of the following:

Training combined with experience will provide officers with the necessary skill sets and assist with developing split-second decision-making skills to deal with any potential threat. 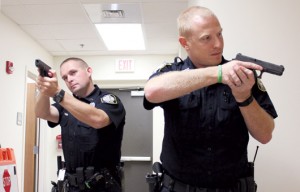 Always at the Ready
Officers must maintain a high level of readiness at all times in order to survive any violent confrontation. This is especially important when faced with an ambush-assault scenario. So how do they prepare themselves to mitigate an assault? The answer is simple: Each day, officers should challenge themselves in their training. Every officer should ask themselves if their level of physical fitness, mental preparation and tactical proficiency is at the ready and prepared to combat any threat that they encounter. All officers have a responsibility to maintain a high level of competency in order to carry out their duties. Ideally, each officer is training to a standard of unconscious competence so that their actions and reactions to life-threatening events become second nature. 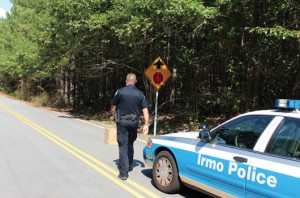 This is important because as the heart rate increases and stress is induced, the human body and mind will experience numerous physiological effects that are debilitative to the cognitive abilities of the officer. Some of these effects include tunnel vision, tachypsychia, auditory exclusion and adrenaline dump. To help control these effects, officers must conduct realistic training that will expose them to various scenarios designed to simulate real-world threats that challenge the officer’s ability to make sound decisions and execute a motor-action response to achieve a desired outcome. 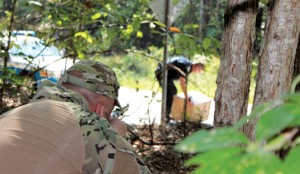 There is an abundance of available resources varying in methodologies. It is not a matter of if but when an officer’s skills will be called to the challenge in a confrontation, so remember that there are a variety of tactics available.

What dictates the tactics that an officer should use? There are several potential factors that must be assessed, with no definitive answer. Some experts will argue that certain tactics are better for a specific threat, but there is no need to overcomplicate any scenario. The threat could range from a physical roadside confrontation to an ambush in an alley. As a general rule, situation and terrain will dictate what tactics and resources are needed to end the threat.

Your Keys to Survival

Help ensure a constant state of readiness through:

Most confrontations are very dynamic in nature. Therefore, the officer’s tactical response should have the same dynamic ability to evolve as the threat does. While there are countless tactics used in the military and law enforcement, the safety principles that should accompany them are often not emphasized enough. An officer’s tactics can and will change frequently as needed. An example of this is making a passenger-side approach versus a driver-side approach while executing a traffic stop. The tactic may have differed from the norm, but the approach method and safety principles remained consistent with good officer survival techniques. Another example could be making an entry and stacking four officers on one side of the door versus two on each side. The bottom line is that decisions are made by officers to address these dangerous situations. With this in mind, the principles of tactical operations must be at the forefront of any decision, such as maintaining 360-degree security at all times or indexing your finger along the trigger guard when not discharging a weapon. Regardless of assignment, all officers should adhere to the same agency training standards and safety principles. If officers always apply these tactical safety principles, it will exponentially increase the probability of a positive outcome.

Special thanks to the Irmo (South Carolina) Police Department for its active participation in the development of this article.

About the Author
Captain Darren Norris of the Pelion (South Carolina) Police Department has over 27 combined years of military and law enforcement experience. A state-accredited law enforcement instructor since 1995, he has served in patrol, K-9, SWAT and investigations assignments throughout his career and is an active member of Midlands Lodge #1.