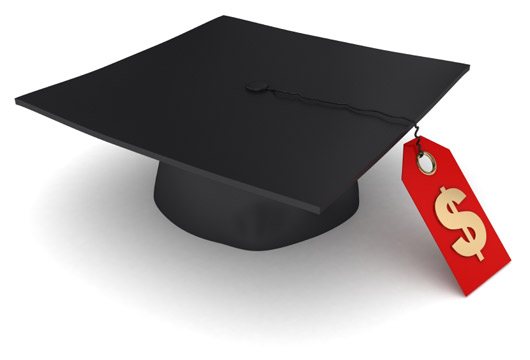 In the Summer 2012 Journal, “In Pursuit of Knowledge” looked at some of the nontraditional degree programs for student officers and showed how degrees in those fields have enhanced members’ careers. But what if the mere idea of going back to school makes you instantly reach for your wallet out of fear of mounting education costs? Read on for tips on keeping the bill to a minimum.

Nationally, student loan debt reported on consumer credit reports reached $904 billion in the first quarter of 2012, according to a report by the Federal Reserve Bank of New York. In fact, since the second quarter of 2010, outstanding student loan debt has surpassed credit card debt as the second highest form of consumer debt. And with many departments slashing their budgets, including tuition assistance, how can you earn a college degree without burdening your financial future with student loan payments for the rest of your life? Here are a few tips:

Be on the Lookout
Vigilance is the order of the day when deciding what school to enroll in. Don’t be fooled by a university salesperson who is more interested in selling loans than helping you earn an affordable degree. Most cops are not taken in by schools with an overpriced tuition structure if they are willing to do a little tuition comparison between colleges and universities that are vying for their business.

Ask for the Cost per Course
Many schools never reveal the true cost of their tuition. Instead, those schools want you to fill out an information card that will be turned over to a group whose sole job is to make a sale. To them, you are nothing more than a consumer, not a cop struggling to make ends meet.

Some school student loan salespersons will try to divert students from the true cost of the degree by skirting the issue of the final price tag, which could be as much as $60,000 to $80,000, and explaining how easy it is to get a student loan now and pay it back sometime in the future. Or some schools will only talk in terms of cost per credit hour, not cost per course, to cushion the sticker shock. What sounds better — $500 per credit hour or $1,500 per course? When you consider that most courses equal three credit hours and bachelor’s degree programs generally require about 120 credits to graduate, or 40 courses, you can multiply the cost per course to get a truer picture of what the final bill will look like.

Start Out Small
If you have not started your degree, you may want to consider attending a local community college and taking advantage of their often more affordable college tuition to earn an associate degree. While earning an associate degree, you can take the general education courses that are required by both community colleges and universities — but at less cost than doing so at the latter. Later, you can transfer into a bachelor’s completion program at a university, where you will take classes in your degree program. By some estimates, this move can ultimately cut the cost of educational expenses almost in half.

Enroll in an NFOPU School
A former Teledyne chief financial officer once said, “When I go to hire a person in the finance department, I don’t care where they earned their MBA as long as it came from an accredited school. The fact that a person earned an MBA just tells me they had the fortitude to put up with the hoops they had to jump through to earn it.”

Consider, then, schools that are members of the National Fraternal Order of Police University (NFOPU) consortium. You may not know all of them by name, but these regionally accredited schools provide tuition reductions and/or credit for past degree work, POST training and FBI Academy training to help students matriculate more quickly. Take advantage of your FOP membership by looking into the following NFOPU schools:

Look Outside the Department
As noted above, many departments have eliminated their tuition assistance programs. However, there are several resources available for information on scholarships and grants. Here is just a sampling:

Going back to school is a personal choice, but your educational costs should not drive you to the poorhouse. This is an investment in yourself, and you deserve the highest return on it.

To read more about nontraditional degree programs, check out the Summer 2012 issue of the Journal.