From patrol to detectives to intelligence and counterterrorism, every aspect of policing benefits from some type of technology to identify, track and combat crime. After all, the criminal element increasingly employs technology to carry out its nefarious deeds — so it’s critical that law enforcement agencies and professionals seek out the most innovative software applications, cameras, ammunition and protective gear to keep pace and get the job done.

Eye in the Sky

The intuitive and user-friendly controls of the Aeryon SkyRanger UAS make this drone an effective surveillance device. The design has been tested to withstand over 40-mph winds and sustain temperatures ranging from –22 to 122 degrees Fahrenheit, with a flight time of up to 50 minutes. The advanced streaming camera captures still images and video in HD quality or IR spectrum. Plus, the low-latency all-digital network permits encrypted streaming and embedded geotags and metadata. MSRP unavailable. 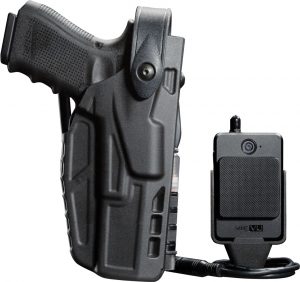 Moments when a body camera is most needed are also potentially the most dangerous for police officers, who must not only assess and respond to critical scenarios, but also remember to manually activate the body camera. Thanks to Safariland’s partnership with VIEVU, that step has been eradicated. With the Camera Auto-activation System, the VIEVU LE4 Body Worn Camera automatically begins recording as soon as a weapon is drawn from the Safariland 7TS duty retention holster. In fact, the camera records the preceding 30 seconds for a more complete video of an incident. MSRP unavailable. 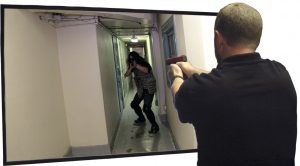 Preparation in policing is everything, as is realism, which are the two key aspects of the Smokeless Range Simulator by Laser Ammo USA Inc. Debuted in January, this technology was created to help law enforcement and military personnel enhance their training opportunities conveniently at home. Using a projector (recommended), LCD TV or laptop, sharpen your skills with your favorite firearm or airsoft gun in the 10 included marksmanship and recreational drills, or download any of the thousands of shooting games available online. MSRP $399. 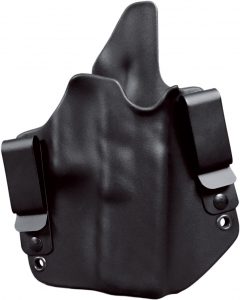 When Left Is Right

Your preferred hand for shooting shouldn’t impair your access to or use of firearms. After receiving numerous requests for a left-handed version of its popular Stealth Operator Series Holster, Phalanx Defense Systems LLC released one last fall. Like its predecessor, the new left-handed compact holster is universal for more than 155 handgun makes and models, with the same rugged construction and low-profile, lightweight design. MSRP $39.95. 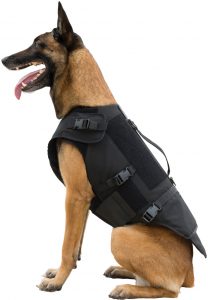 Why should human officers be the only ones protected when police canines pull dangerous duty, too? The Protech Tactical Bark-9 Carrier is tailored armor to cover police dogs. Wear-tested in the field, the carrier allows for maneuverability as well as speed. The 420-denier Cordura diamond ripstop nylon keeps dogs comfortable and cool, while the modular web platform supports video equipment. MSRP $1,410–$2,050. 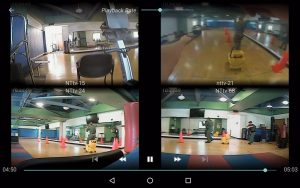 Kopis Mobile created the Networked Tactical Television (NTtv) to empower police and military personnel to use smartphones as a tactical tool by providing a cost-effective way for small units to share video. It can be worn by officers, dogs or robots for a real-time street-level view; placed on vehicles or drones for a 360-degree overwatch system; or mounted on buildings for perimeter surveillance. Connect with any type of camera (including GoPro, Sony or night-vision) and view multiple video streams on any smart device via a wireless connection. Apps are available for Android, iPhone and Blackberry devices, or use the VLC media player on any Android, iPhone, PC, Mac or Linux machine. Records up to 30 hours of video and weighs just over 2 pounds total. MSRP $28,999 for four-person tactical system; discounts available for law enforcement. 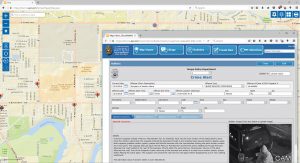 Forget sifting through page after page of data to find the information pertinent to an investigation. The NC4 Street Smart real-time crime reporting software system enables law enforcement personnel to quickly and effectively search for and retrieve information, bulletins, CAD and RMS data in a hurry, including color-coded mapping of reported crimes. Indeed, data can be input in real time, so the most current information is always available. In addition, an online notebook collects details in one location for streamlined case management. MSRP unavailable.

Just released in January, the Hinge Ultra Cuffs from ASP are the result of input from police officers and instructors from around the world. The cuffs contain keyways and double lock slots on each side. Both double and single locks can be released with a single-direction key turn. Although available in steel, the model crafted from forged aluminum is equally strong but more lightweight. Both versions have highly radiused bows to prevent injury. MSRP $72 for aluminum, $67 for steel. 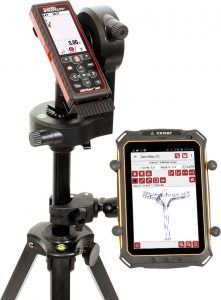 Using the Android platform, Laser Technology has improved its QuickMap 3D crash and crime-scene mapping field data collection software. Users can transfer data using Wi-Fi or pair it with Bluetooth technology for automatic connection with all new maps. Designers also programmed the update with larger displays for easier reference, along with intuitive icons for more streamlined performance. As with previous versions, the program pairs easily with Laser Technology’s laser devices and accessories, automatically organizes photos with the relevant measurement data, and works with diagramming programs for field-to-courtroom capability. MSRP (software license) less than $600. 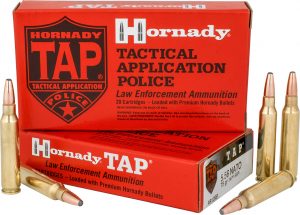 The 75-grain TAP SBR ammunition from Hornady combines the standard 5.56 NATO round with a specially developed propellant and technology from Critical Duty FlexLock bullets, making it ideal for short-barreled rifles. The round shows fantastic performance in suppressed, unsuppressed, automatic and semi-auto rifles, reducing flash, residue and noise without a drop in penetrating power. MSRP $24.17. 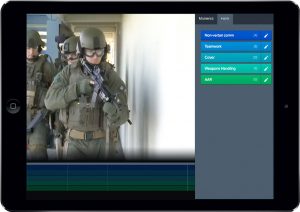 Time is often a critical factor when making decisions in tense, actionable situations. The Vosaic Connect enables video analysis anytime, anywhere, which could prove invaluable in the field. It syncs up with a variety of AV equipment, including smartphones and tablets. Files are uploaded as they are captured, are securely stored in the cloud, and can be shared and annotated online with password-protected access, allowing for immediate review and collaboration. MSRP $199 for basic.

Read this story in the Spring 2017 issue of FOP Journal.