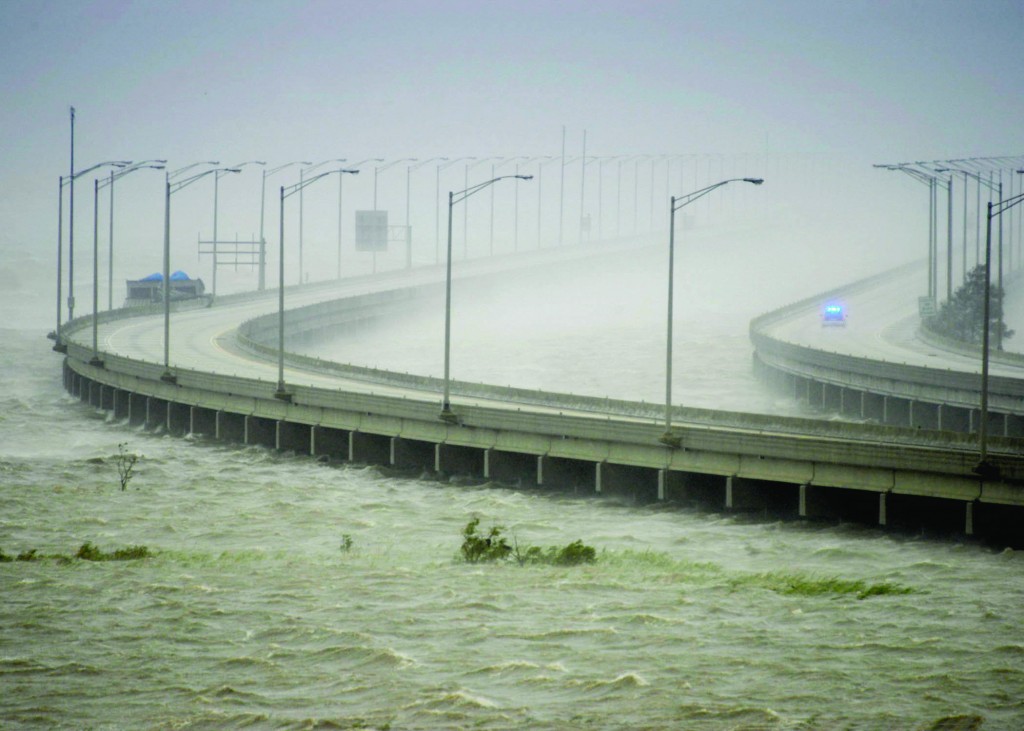 The Spring 2014 issue of the FOP Journal discussed disaster preparedness for law enforcement families. Here are some more tips to help departments and individual officers put a plan in place before a crisis occurs.

As Hurricane Katrina bore down on New Orleans in August 2005, Mike Cahn’s seven-and-a-half-months-pregnant wife and nearly three-year-old son were racing toward Houston, Texas. They were part of a massive evacuation from the coastal city, which was about to experience the largest natural disaster ever to hit American soil. Leaving her law enforcement husband behind, Cahn’s wife could only pray that he survived the storm that ultimately killed more than 1,800 people.

“She was extremely worried,” says Cahn, a retired New Orleans Police lieutenant and a member of Crescent City FOP Lodge #2. “Every day they were watching reports on the news about sharks and alligators in the flooded streets, not to mention the shootings and gun battles. They had no idea what had happened to me.”

Like all law enforcement officers and first responders anticipating an emergency situation, Cahn was prepared to be called in to work as Katrina came ashore. What he wasn’t prepared for was the inadequacy of his department’s emergency readiness plan.

As the levies broke and floodwaters ravaged block after block of homes and businesses, police stations and their communication systems were also going black. Cut off from their higher command and without a backup station in which to hunker down, Cahn says he did what he could to help his guys find an operating base. “We hustled a spot on the 18th floor of a building. But there was no backup communication. No redundancy. No cell service. Communication was so lost that no messages were getting back and forth.”

For days, Cahn and his fellow officers operated out of this makeshift base. Between rescue missions and safety patrols for civilians, they tried to help out their fellow officers. “We had several police officers who were stranded and trapped in their houses,” says Cahn. “We found one officer who was trapped in his attic and he had to shoot out part of it with his department weapon just so he could breathe.”

Shifts lasted nearly 24 hours. Sleep deprivation was rampant. Food and water were hard to come by. There was also exposure to environmental illnesses. “We were working in putrefied filth. That water plowed through hundreds of thousands of homes,” says Cahn. “Think of the junk in people’s garages and sewer systems. That was what we were working in. Any cut or sore you had turned into an immediate infection.”

Why You Need a Plan

You can hear the stress in Cahn’s voice as he recalls the horrific experience — how isolated he and his fellow officers felt during the hurricane. “The worst part of enduring something like that is you don’t know when it’s going to end. You don’t know when you’ll see your family again.”

Sergeant James Preston, president of the Florida State FOP Lodge and a member of the Tampa Police Department for 30 years, understands the importance of having a solid disaster plan. He witnessed the damage caused by two storms that slammed South Florida: Hurricane Andrew (the costliest hurricane ever recorded in the U.S. when it hit Miami in 1992) and Hurricane Charley in 2004. In the wake of those disastrous Florida hurricanes, Preston helped establish a Disaster Response Team concept for the state’s FOP membership and became the chairman of the National Disaster Relief Program through the National FOP. “The idea is that officers involved in disaster coverage are away from their families and need to feel that someone has their back so they can do the jobs in the communities that they serve,” states Preston.

According to Preston and Cahn, there are several key components to any good disaster relief plan.

In all, Cahn worked two straight weeks after Katrina hit before finally getting a well-deserved break. He lost his house and nearly all of his belongings. He says that any agency dealing with a Katrina-like storm would still have issues no matter how good their response plan was, and he’s appreciative that the New Orleans Police Department took steps in Katrina’s aftermath to implement a more cohesive strategy.

Nothing felt as good, though, as that first phone call Cahn made to his wife. Knowing his family was safe was the best reassurance so that he could focus on the tremendous task at hand.

For information on family emergency readiness, check out “When an Emergency Strikes” in the Spring 2014 issue of the Journal.