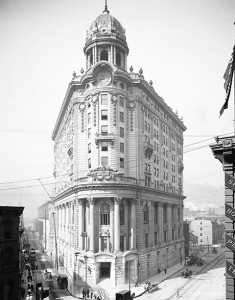 May 14, 1915
Co-founders Delbert H. Nagle and Martin L. Toole of the Pittsburgh Police Department organize the first meeting of what would become Fort Pitt Lodge #1. Twenty-three officers attend the meeting, held in the historic Wabash Building. At the time, policemen in many cities are paid less than $100 per month — from which they purchase their own uniforms and equipment, and work seven days a week for 12 hours or more.

Summer 1915
Artist H. J. Garvy designs the FOP insignia, still  used to this day, with the words “Jus, Fidus, Libertatum,” which translates to “Law is a safeguard of freedom.”

October 9, 1916
The Pittsburgh City Council passes an ordinance granting policemen two days a month off with pay, the first piece of legislation ever sponsored by the FOP. One year after the FOP’s formation, almost 100% of those eligible in Pittsburgh and Allegheny County are members.

October 15-17, 1917
The first annual FOP convention is held in Pittsburgh, with the first four chartered lodges attending: Pittsburgh, Scranton, Wilkes-Barre and Beaver Valley. The Grand Lodge is established, with Nagle as president, and the constitution is adopted. 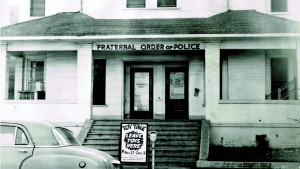 April 1918
The first issue of the FOP Journal is published.

1920
The Fraternal Order of Police Auxiliary (FOPA) is formed in Pittsburgh.

October 29, 1929
The stock market crashes, triggering the Great Depression. During this period,pay cuts to public employees are proposed and some municipalities issue IOUs to their police departments.

1930
FOP membership stands at less than 5,000 and is mostly confined to Pennsylvania, but is poised for tremendous growth with the addition of lodges in five states during the next decade.

August 14, 1935
The Social Security Act is enacted, beginning a decades-long battle by the FOP to keep police officers independent of the system.

1936
After the Federal Revenue Act subjects police officers to retroactive federal taxes, the Grand Lodge lobbies full time at the national level for the first time.

1940
With 15,000 members, the FOP is the largest police organization in the country.

September 1941
The National Fraternal Order of Police Auxiliary’s charter is approved, with Kathryn Milton elected as its first president.

World War II, 1939-1945
With many FOP members drafted or enlisted for service and a subsequent manpower shortage, hundreds of officers are called back from retirement, and many routine tasks are taken over by women, who enter the police force in significant numbers for the first time.

FOP convention plans are canceled because of wartime travel restrictions. 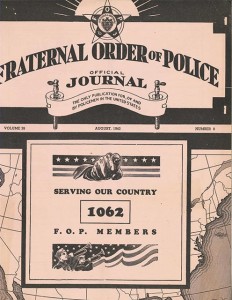 August 26, 1943
In response to cities in multiple states forbidding officers from joining the FOP, and subsequent firings and court cases, a resolution is passed at an emergency Grand Lodge meeting to establish the Legal Defense Fund.

1951
The FOP Annual Survey of Salaries and Working Conditions of Police Departments is conducted, providing nationwide salary and benefit information and becoming the definitive guide for negotiations and arbitrations. 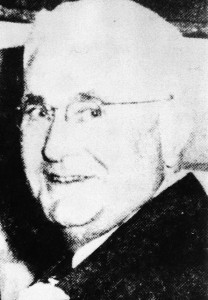 January 12, 1953
FOP President and Adams County Sheriff Ben Perry is shot and killed in the line of duty after stopping to question two hitchhikers about a robbery.

January 1960-December 1969
After many years of distribution as a quarterly newsletter with no advertising, the FOP Journal re-debuts as a 32-page magazine with national advertising and expanded editorial content. 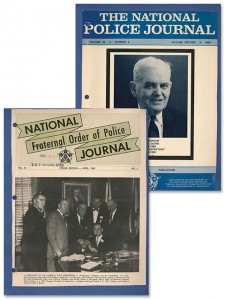 1961
Amid civil unrest and increasing accusations of police brutality, a resolution is passed at the 35th Conference in Philadelphia to oppose civilian review boards. 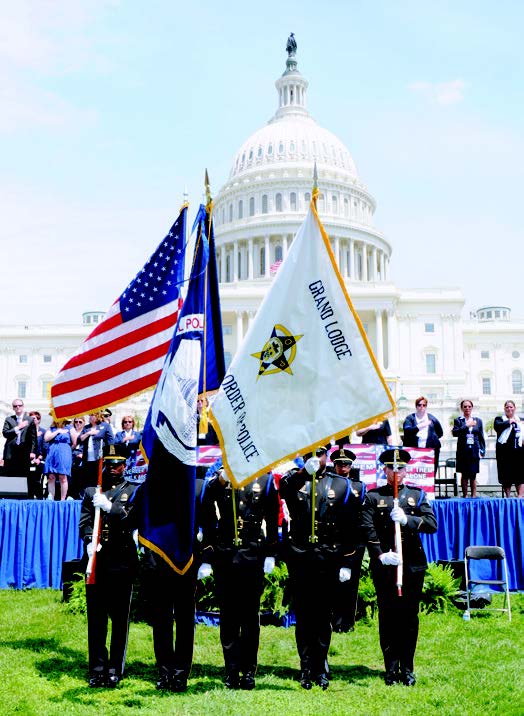 1962
After lobbying by the FOP, President John F. Kennedy signs a proclamation designating May 15 as Peace Officers Memorial Day and the week in which that date falls as Police Week.

August 1967
Delegates refuse to reaffirm the constitutional ban on union activities and strikes at the 1967 conference, and in early September police officers stage a five-day walkout in Youngstown, Ohio, before a raise is negotiated.

1968
Survivor’s benefits are established for the dependents of officers killed while enforcing federal laws. It takes another seven years to modify the law to cover all line-of-duty deaths. 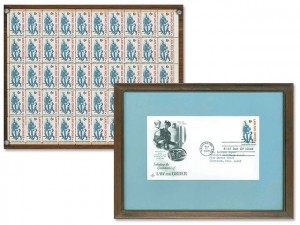 May 1968
After 12 years of effort by the FOP, the Law and Order Commemorative Stamp is issued by the U.S. Postal Service, marked by a special ceremony at the White House with President Lyndon B. Johnson.

1971
The Harrington House for retired police officers is completed in Philadelphia.

May 1971
Six thousand officers attend an FOP-sponsored rally at the U.S. Capitol to push for police legislation.

1972
Twelve officers are acquitted of murder in the 1969 shootout with Black Panthers in Chicago. A special fund is established by Chicago Lodge #7 to help defray the $200,000 in defense costs.

1974
A ban on strikes is reinstated in the FOP constitution.

1976
The FOP establishes a dedicated legislative office in Washington, D.C.

September 29, 1976
The Public Safety Officers’ Benefits Act is signed by President Gerald Ford, providing a $50,000 payment by the federal government to survivors of public service officers killed in the line of duty.

1981
Dorothy Woods is elected National secretary, the first and, to date, only woman to hold a National Executive Board position. 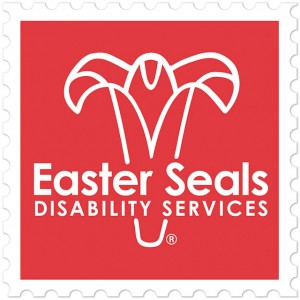 1982
FOP begins working with the Easter Seals organization as a national corporate partner.

August 12-15, 1991
On its 75th anniversary, the FOP holds the 50th Biennial Conference in Pittsburgh, Pennsylvania.

October 15, 1991
The National Law Enforcement Officers Memorial is dedicated in Judiciary Square, Washington, D.C., honoring the more than 20,000 officers who have been killed in the line of duty throughout U.S. history.

November 28, 1992
National Secretary Ralph Orms passes away while serving on the National Executive Board. 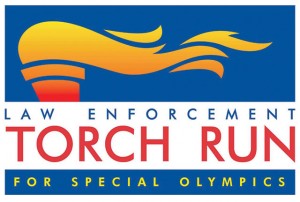 1995
The FOP becomes officially affiliated with the Law Enforcement Torch Run for the Special Olympics.

1995
Day on the Hill in Washington, D.C., is established by the Grand Lodge to help State Lodge leaders connect with their representatives and senators.

September 1996
Public safety is exempted from the Age Discrimination in Employment Act (ADEA).

September 11, 2001
Seventy-one peace officers are killed when responding to the attacks on the World Trade Center.

January 9, 2003
National President Steve Young passes away while serving on the National Executive Board. 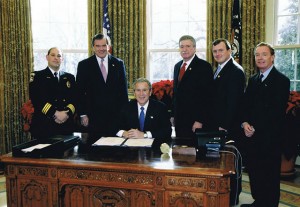 November 15, 2003
Maryland National Trustee Anthony Walker is killed in the line of duty while holding office.

August 29, 2004
National Secretary Jerry Atnip passes away while serving on the National Executive Board.

September 2004
Frank Gale is the first African-American to be elected to the National Executive Board.

2008
The FOP purchases 328 Massachusetts Avenue in Washington, D.C., and moves its legislative office. 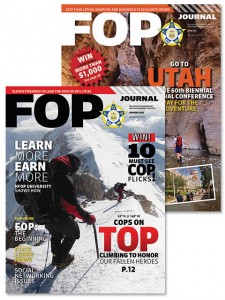