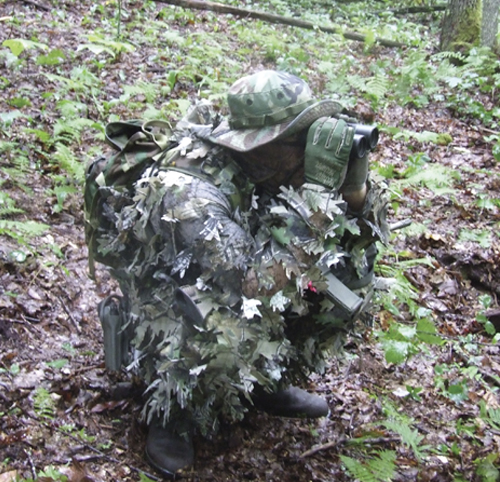 Visual tracking, or the act of locating a quarry in a wilderness setting, requires different skills than those used in urban operations. Effective visual trackers must possess an acute awareness of the natural features of the area in which they are tracking — from being able to decipher the nuances of light to knowing how to establish a baseline. The following information is adapted from a book in progress by Deputy Mike Hull, a member of Virginia FOP Lodge #5.

Light is the most important element of perception. Depending on the position of the light source and its relation to the viewer, light can both reveal — edges, shadows and texture — and obscure. A tracker’s ability to manipulate the light source to his or her advantage is crucial.

Try this at home: Look for tracks on a wooden, cement or tile floor with normal lighting. Then turn the lights off and close the curtains. Now, turn on a flashlight and roll it along the floor. You may be surprised at what you see!

All tracks result from changing the characteristics of the area the foot contacts by making a depression, creating a texture change or transferring foreign matter to or from the area, which will result in a color or texture difference, or both. Color and texture reflect light differently than the surrounding area.

Other elements that trackers look for:

A baseline, or the undisturbed area from which a tracker operates to discover disturbances, speeds up the tracking process but also requires frequent changes. Nature constantly establishes and alters baselines, and it is possible to cross many different mediums/baselines during a tracking operation.

To determine if a quarry has passed through an area, you can place a couple of your own tracks, using your full body weight, in the same general area and compare the damage you have created to the area of interest. By creating your own, fresh tracks, you can study what damage to search for in mediums or conditions you are not familiar with. This process is called indexing. 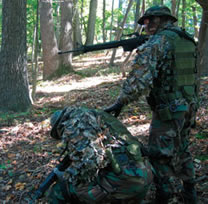 A common mistake beginning trackers often make is focusing only on the area at their feet. Limiting your peripheral view will hurt your deductive abilities and your ability to identify minute disturbances, as well as increase vulnerability to an unexpected attack. Trained trackers look up and around to discover the following: 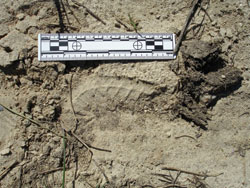 A true tracker is defined by what he or she does when tracks disappear. The golden rule of tracking is never to go beyond the last known spoor (sign) without a systematic procedure. But what if the trail goes cold? 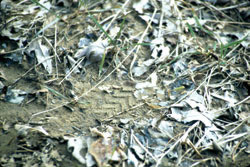 While these procedures have proven to be very effective, there may be times when you’ll track to a medium that is too challenging to be of any value due to time constraints, such as tracking to a field where short grass hinders your ability to find disturbances. In these situations, it may be prudent to skip from step 1 to 5.

Also, knowing where tracks are most likely to be found helps to establish places to look. For example, the side of a hill will often yield better disturbances than flat land because people dig in with the edges of their footwear for traction. But if your trail leads you to a road or path that is contaminated or does not expose tracks well, your only option may be to continue walking the road and inspecting the sides to see where the quarry exited. Practice and persistence are the keys to success.

The combination of a wilderness setting and long hours can make carrying a lot of equipment impractical for tracking operations. But there are a few tried-and-true tools trackers rely on

To read the full article, check out the Fall 2011 issue of the FOP Journal.